Due to its archipelagic nature, the Philippines is a megadiverse country that houses two-thirds of the world’s biodiversity, specifically 70-80% of known animal and plant species to date [1]. That being said, the country is home to an estimated 9,250 species of vascular plants, 185 birds, 100 mammals, 160 reptiles, 76 amphibians, 65 freshwater fishes, and 15,000 invertebrates that are all endemic to the Philippines [2]. Some of the well-known endemic species in the Philippines include Waling-waling (Vanda sanderiana), Philippine eagle (Pithecophaga jefferyi), tamaraw (Pithecophaga jefferyi), Philippine tarsier (Carlito syrichta), freshwater sardine (Sardinella tawilis), Philippine crocodile (Crocodylus mindorensis), Giant Philippine frog (Crocodylus mindorensis), and others. While these species have interesting characteristics of their own, other endemic species deserve some attention, too.

Endemic birds (A to E)

Apo myna (Goodfellowia miranda) is a vulnerable species of black starling that is distinguished by a unique fine crest and yellow bare skin that surround each of its eyes. It roams freely in Mount Apo as denoted by its name and has also been spotted in Mount Kitanglad [3,4]. Also found in Mindanao are the vulnerable Blue-crowned Racquet-tail (Prioniturus discurus) and Cinnamon ibon (Hypocryptadius cinnamomeus). The former, which is also found in some places in Visayas, got its name from its distinct crown found on top of its head which complements its dominantly green body [5]. In contrast, the latter’s overall body shape resembles that of the Eurasian tree sparrow, but its colors vary such that its wings boast a cinnamon color, hence its name, while its legs have a silver-gray color. Its beak is also curved unlike that of the Eurasian tree sparrow which is triangular in shape. In Central and Southern Philippines, one can find the eye-catching Dimorphic Dwarf Kingfisher. Its midnight blue wings, bright red legs and bill, and bright orange underparts make it the most colorful among the aforementioned bird species [6]. Lastly, Erythrura coloria, more commonly known as the Red-eared parrotfinch, can also be spotted in Mindanao [3]. It has a dominantly green body, with its tail being red and its eyes being surrounded by blue [7].

Some species of Flying squirrels found only in the Philippines are the Palawan flying squirrel (Hylopetes nigripes), Basilan flying squirrel (Petinomys crinitus), and Mindanao flying squirrel (Petinomys mindanensis). Out of all the aforementioned, the Palawan flying squirrel is the largest in size, growing up to almost 9 inches [8]. Both the Palawan and Basilan flying squirrels sport a light brown or chestnut coat [8,9], while that Mindanao flying squirrel is darker brown in color [10]. Another interesting endemic mammal is the critically endangered Golden-crowned flying fox or the Golden-capped Fruit Bat (Acerodon jubatus) which is considered one of the largest bat species to ever exist because it can weigh more than a kilo, and its wingspan can grow up to 5 feet and 6 inches long [11]. It has been recorded all around the Philippines except in the Palawan faunal region, Batanes, and Babuyan [3]. One of the endemic mammals that can be found in the Palawan faunal region instead is Hystrix pumila, also known as the Philippine or Palawan porcupine. It must be noted its population is threatened by deforestation and the black market’s high demand for its bezoars, which are undigested plant materials found in its digestive tract and are traditionally believed to have medicinal properties [12]. The last endemic mammal for this list is the Isarog shrew-rat (Rhynchomys isarogensis) which lives solely in Mt. Isarog in Camarines Sur [3].

The Jolo worm snake (Calamaria joloensis) is found only on Jolo Island [3]. Its name is inspired by it mainly feeding on earthworms. Another endemic reptile would be the Luzon Karst Gecko (Gekko carusadensis). Just like its other relatives, it is characterized by its brown body with black spots all over it. As implied by its name, it thrives in karst landscapes [13]. Found in Negros is Lipinia pulchella or the Yellow-striped Slender Tree Skink. It is easily distinguished by its yellow-striped body as its name suggests, and it is found to inhabit tree trunks [3,14].

Locally known as sinarapan, Mistichthys luzonensis is the world’s smallest commercially available fish found only in Lakes Bato and Buhi, both of which are located in Camarines Sur [15].  Its population is currently threatened by overfishing due to high demand. Another endemic freshwater species is Nematabramis alestes found in Basilan, Busuanga, Palawan, and Zamboanga [16]. It is characterized by its silvery scales, as well as pale shades of yellow in its belly. Meanwhile, found only in North Luzon is Oryzias luzonensis or Philippine Mendaka which has a length of only 4.0 cm [17]. It used to be favored as an aquarium fish due to its silvery color, but this eventually led to it being listed as an endangered species by IUCN. Lastly, the Philippine Silver Perch (Leiopotherapon plumbeus), locally known as ayungin, is a famous Filipino staple that is found in the Philippines [18]. At first, it was only endemic to Laguna de Bay, but it was eventually translocated to Taal Lake and Sampaloc Lake during the 1950s and 1970s respectively [19]. Then, the BASIL program translocated fingerlings of said species in lakes throughout the country to mitigate its declining population also due to overfishing [20].

List of endemic plants in the Philippines (Q to V)

Quisumbingia merrillii is a vulnerable endemic plant species that was recorded in Benguet, Mountain Province [21,22]. Essentially, these are vines that can grow up to 2-5 meters [23]. It is notable that this is the only species under Quisumbingia. On the other hand, Rafflesia banahawensis is a parasitic plant species that has been recorded in Mount Banahaw from the boundary of Quezon and Laguna, as well as in Basey, Samar [24,25]. This plant is distinguished by its large, red petals that are marked by pale white dots, and it feeds on Tetrastigma pisicarpum [25]. Another plant species is Strongylodon macrobotrys which is found in Luzon, Mindoro, and Catanduanes [26]. Its common name, jade vine, is inspired by its leaves’ distinctive turquoise color. Moving on, Tectona philippinensis is a tree that can grow up to 15 meters and has small, bright pink flowers [27]. It is found in Batangas, Occidental Mindoro, and Cavite [27,28]. Its endangered status can be attributed to it being formerly used as fuelwood and timber, as well as its utilization for antimicrobial purposes [29]. Other interesting species found in the Philippines are those belonging to the genus Utricularia, such as U. heterosepala and U. striatula, the former which is endemic to the Philippines, specifically to Luzon, Palawan, and Sibuyan [30]. As a whole, plants belonging to Utricularia are commonly known as bladderworts. They are small carnivorous plants that prey on small organisms. Last but not the least, the critically endangered Vatica elliptica or kaladis narig is found in Zamboanga Sibugay [31]. It is a tropical hardwood that can grow up to 15 meters [32] and was considered to be nearly extinct back in 1915 [31]. Just after it was thought that the species had already gone extinct, 10 trees were surprisingly found growing in Barangay Calades from said municipality last 2014.

Other species (W to Z)

Other notable species which are endemic to the Philippines are as follows. First, the White-spotted flying lizard (Draco ornatus) is found in some places in Visayas and Mindanao, such as Bohol, Leyte, Samar, and Dinagat [3]. Second, Xanthoneura telesinus or skipper butterfly is distributed throughout the Philippines [33]. It is only 15 millimeters in length and has yellow-orange wings. Third, the Yellow-faced Flameback (Chrysocolaptes xanthocephalus) is a rare species of woodpecker found living in large trees in central Luzon [34]. In its entirety, the bird flaunts three colors: red for its crown, wings, and back, yellow for its head and belly, and black for its tail. Lastly, found in Basilan, Bohol, Mindanao, Samar is the brown-colored and harmless Zigzag-lined Water Snake (Rhabdophis lineatus) [3,35]. It usually lives in disturbed streams and rivers [35].

Each of these species has a crucial role in maintaining the ecosystem, and this explains why each one of them must be protected and conserved, especially those that are currently threatened by habitat loss, climate change, and anthropogenic activities.

Philippine Flora and Fauna from A to Z

Wildlife Crossings: Bridging the Gap between Wildlife and Public 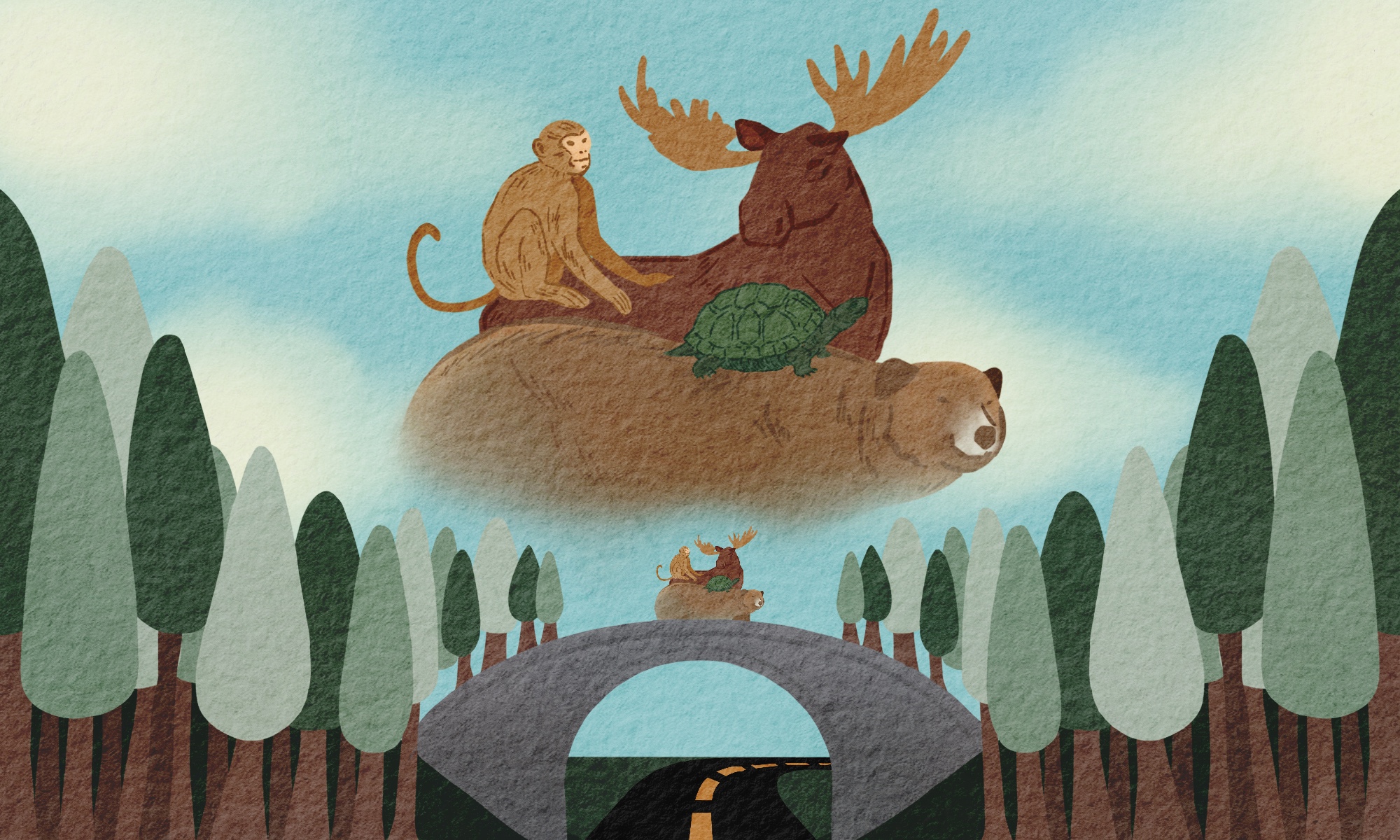 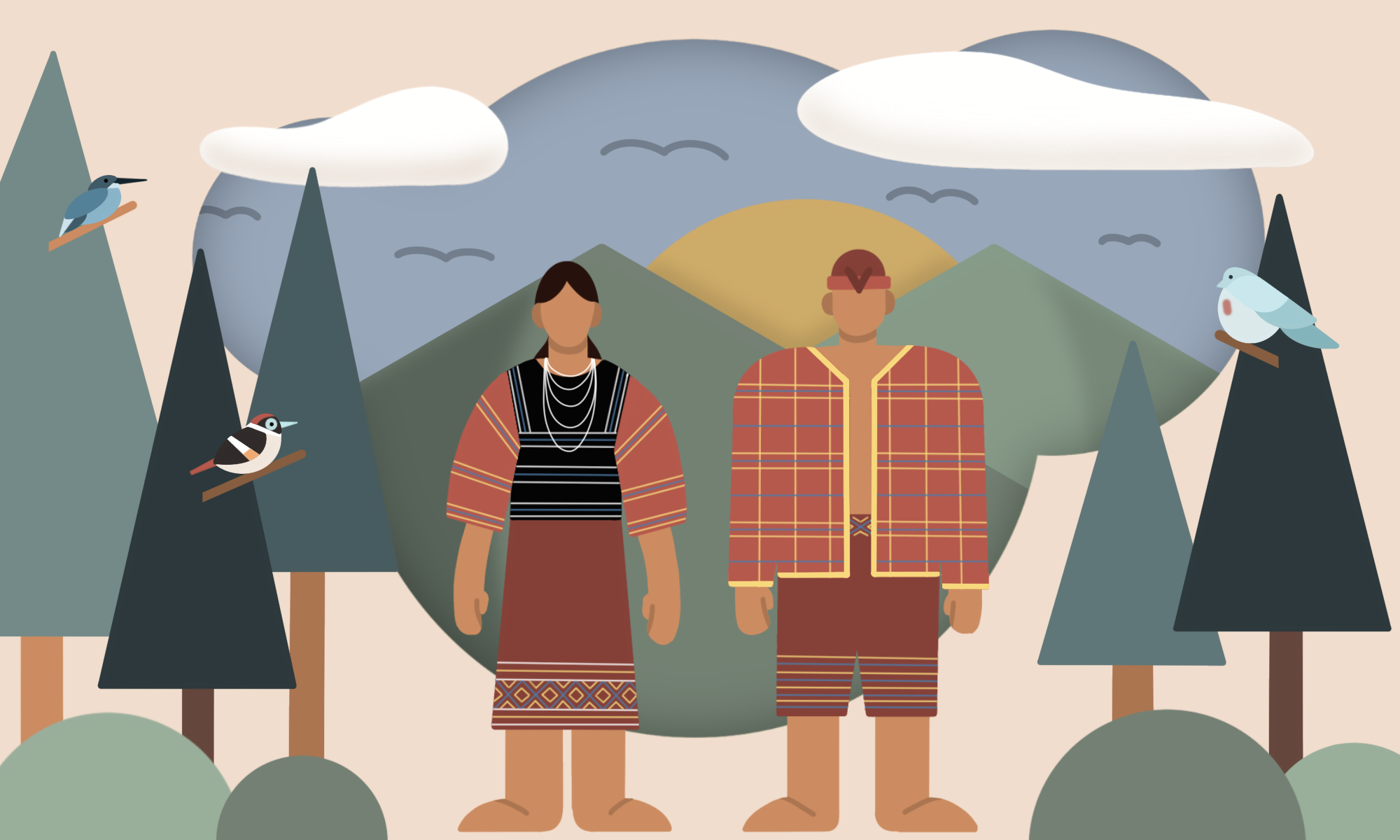 A Journey in the Wild and What Happens After